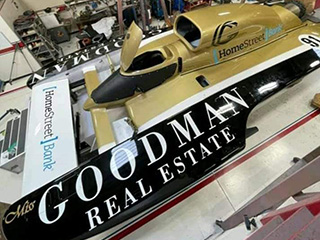 Driver: Jimmy Shane & Jeff Bernard
Home Port: Madison, IN
Sponsor: Homestreet Bank / Goodman Real Estate
HydroDan Says: As the sport recovers from a non-existent 2020 season, the Madison Team has announced that it will campaign its older 2007 hull this season. The hull will be renumbered as the U-1 and driving duties will be shared by Bernard and Shane. While not a rocket like its 2018-built sister ship, this older Miss Madison hull is a proven commodity and is a threat to win anytime and anywhere. 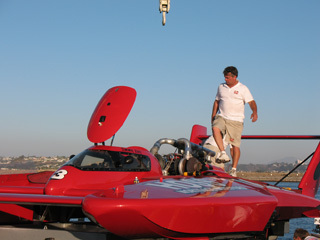 Driver: Jimmy King – Wales, WI
Home Port: Evansville, IN
Sponsor: Griggs Ace Hardware
HydroDan Says: No official statement has been released from the Go3 Camp. However, we anticipate the boat will be a Tri Cities-only entry, as has been customary the last several seasons under the Griggs banner. The piston packer is a threat to win when and if she’s running right. 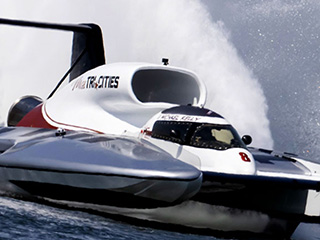 Driver: J. Michael Kelly, Bonney Lake, WA
Home Port: Tri-Cities, WA
Sponsor: Miss Tri-Cities
HydroDan Says: The legendary JMK enters the cockpit of the last hull campaigned by Team Ellstrom. Now owned by Darrell Strong, this boat is lightly raced and very fast on her feet, as demonstrated at the Tri-Cities Spring Training session. With the 2018 Madison boat on the shelf this season, JMK and the Miss Tri-Cities appears to be the slight favorite at the opener in Guntersville, Alabama. 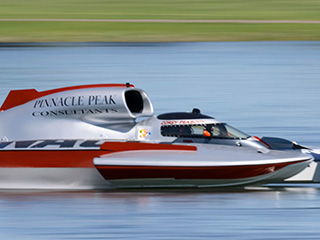 Driver: Corey Peabody, Tacoma, WA
Home Port: Tri-Cities, WA
Sponsor: Pinnacle Peak Consultants
HydroDan Says: Corey Peabody graduates from Rob Graham’s U-98 hull into the seat of the ex-Jones Racing boat. Strong Racing’s second entry was first campaigned in 1992 as the Coors Dry and has been overhauled numerous times since then. Look for Peabody to aid his teammate and sister ship (JMK/U-8) when appropriate and challenge the field when opportunities arise. The U-9 hull is a proven hull and will compete for podium finishes this season as Peabody gains confidence and comfort behind the wheel. 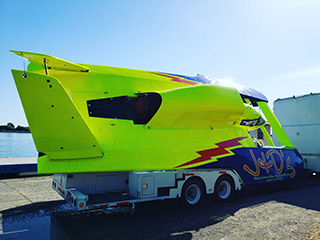 Driver: Jamie Nilsen, Federal Way, WA
Home Port: Cle Elum, WA
Sponsor: J&D’s Hydraulic and Repair
HydroDan Says: The U-11 has rebuilt the former T-4 Budweiser Hull during the elongated offseason and now has two race-ready boats in its team’s new Cle Elum boat shop. Nilsen and the bright U-11 boat sprang to life at the end of the 2019 season and the team hopes to recapture that momentum when the 2021 season kicks off in Guntersville, Alabama. 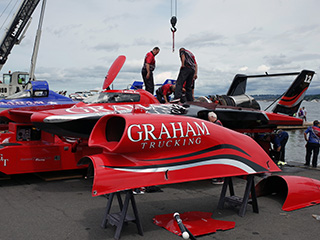 Driver: Andrew Tate – Detroit, MI
Home Port: Seattle, WA
Sponsor: Graham Trucking
HydroDan Says: To the delight of hydro fans worldwide, the former Bud T-6 hull is back with the capable and aggressive Andrew Tate at the controls. When JMK left the Graham camp over the off-season, the team appeared to be in a bit of disarray and shrouded in uncertainty. However, the addition of Andrew Tate has put the Graham team right back at the top of the heap of circuit favorites. 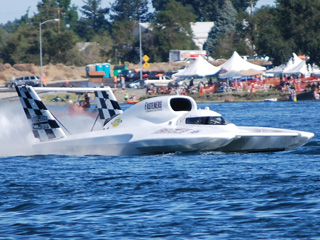 Driver: TBD
Home Port: Maple Valley, WA
Sponsor: TBD
HydroDan Says: Currently we are considering the 21 team as a possible West Coast entry. Nothing has been confirmed by the team as yet (6/12/21). 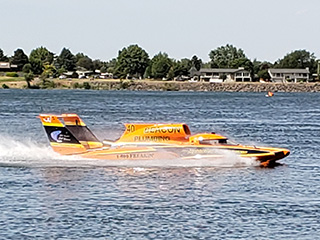 Driver: David Villwock
Home Port: Snohomish, WA
Sponsor: Beacon Plumbing
HydroDan Says: The winningest driver in the sport’s history will chauffer the former U-21 hull. The hull, formerly of the Go Fast Turn Left Stable, has been reworked, freshened-up, and will sport the Bucket List Racing’s signature Tennessee orange paint scheme with backing from Beacon Plumbing. The hull enters the fray with two pre-season tests under her belt and will likely be challenging for podium finsihes barring mechanical gremlins. 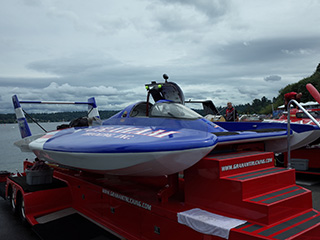 Driver: TBD
Home Port: Seattle, WA
Sponsor: Graham Trucking American Dream
HydroDan Says: Currently we are considering the 98 hull as a possible West Coast entry. Nothing has been confirmed by the Graham team for this hull as yet (6/12/21). 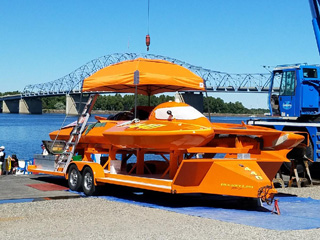 Driver: Dustin Echols – Snohomish, WA
Home Port: Snohomish, WA
HydroDan Says: The 440 tested in Tri Cities and is scheduled to make the full complement of four races this season. The 440 team continues to impress with their David vs. Goliath approach to the series and their no-quit mentality.